Every Tuesday there will be an Oscar Primer going over the chances that nominated films have of winning their respective categories. Best Picture nominated films will be dissected on Contra Zoom, while the remaining ones will be discussed here. Last week I talked about Star Wars: The Last Jedi, Baby Driver, Logan and Guardians of the Galaxy Vol. 2. This week I will go over Mudbound, Abacus: Small Enough to Jail, Loving Vincent and Kong: Skull Island. 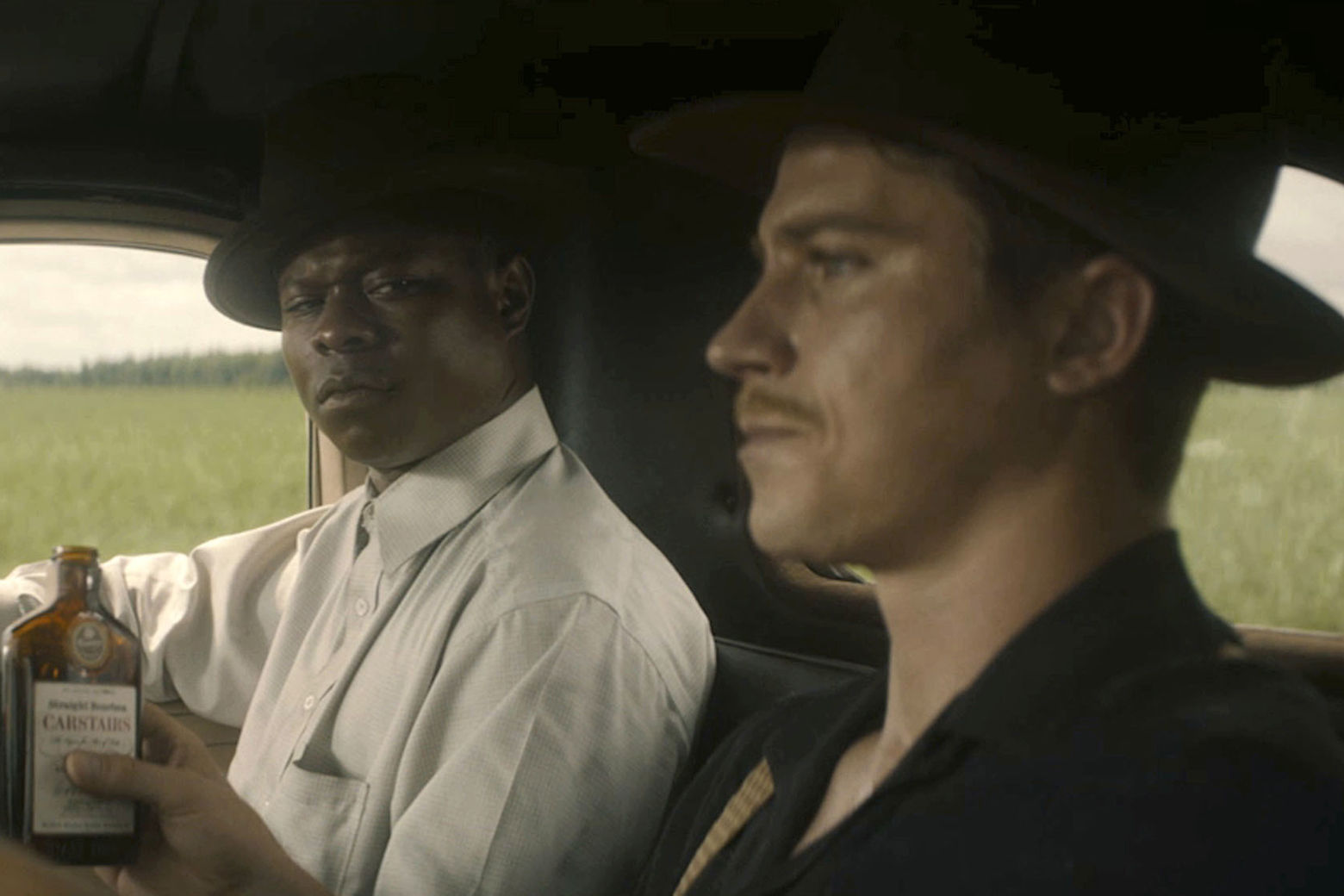 Mudbound was directed by Dee Rees and was released on November 17th 2017. The film has four nominations.

Netflix finally seemed to hit the big time this year with the Oscars. Last year its rival Amazon Studios released Manchester by the Sea, which got a Best Picture nomination (among other nominations and wins) and while Netflix still doesn’t have a Best Pic nom under its belt it now has a competitor in non-documentary categories. Mudbound, along with foreign film On Body and Soul, documentary features Icarus and Strong Island and doc short Heroin(e) garnered the studio eight total nods. It is a damn shame Mudbound, the story of a black and white family in the south post WW2, didn’t get a Best Picture slot as it is totally deserving as few movies hit as hard and as truthful as it did for me. While actors Rob Morgan and Jason Mitchell were robbed, singer Mary J. Blige scored a spot for Supporting Actress by playing the wife and mother in the black families side of the story. Her stoic steeliness that holds the family together is powerful as she portrays the type of strong black female character, rarely seen on screen especially in historical “black” movies. Unfortunately without a showy scene Blige is in a tough spot up against the formidable Allison Janney (I, Tonya) and Laurie Metcalf (Lady Bird) who seem to be the frontrunners and don’t look to be slipping.

Directed Dee Rees co-wrote the script based on the novel by the same name that weaves a powerful story with multiple focal characters. With each scene we learn more and more about whom these people are, what makes them tick and get a huge dose of racial realness in the early 20th century from both sides of the coin. It is a shame Rees didn’t get nominated for director, which obviously wasn’t happening without a Best Picture slot either. The Adapted category is a bit weak this year with powerhouse Call Me By Your Name leading the pack, but Mudbound could be a very close rival depending on how things shake out in other categories.

It is absolutely criminal that Rachel Morrison is the first female to be nominated for Best Cinematography. She shouldn’t have that distinction. I say that because there is a long and rich history of women shooting films in not only Hollywood but also all over the world. They were pioneers at the beginning of cinema and have shot some truly beautiful films. Not that Morrison isn’t deserving, far from it actually, she just shouldn’t have been the first. The constant rain drowning out the fields, the air battles and the horrifying Klan climax are all beautifully shot. Unfortunately this is always one of the toughest categories, heavyweights like Roger Deakins (Blade Runner 2049) looking to win his first award after so many times losing and Best Picture nominated films that could sweep through (The Shape of Water and Dunkirk). This won’t be Morrison’s year, but with the upcoming Black Panther looking very distinctly photographed she could be back as soon as next year. In case you didn’t know of any other great female cinematographers here is just a few that all worked on Oscar nominated films or should have been nominated for their work.

Ellen Kuras– Eternal Sunshine of the Spotless Mind and Blow

Mandy Walker– Hidden Figures, Australia and the soon to be released Mulan

Mary J. Blige pulled double duty and was rewarded thusly with a second nomination for her writing (she also performs) the original song Mighty River. The Academy loves a political song, but is in tough company against the team that worked on Frozen (Coco) and a show tunes number (The Greatest Showman). Unfortunately going up against those two titans in a category like this, especially when there is another political song in Stand Up For Something from Marshall, puts Blige in the category of just happy to be there. 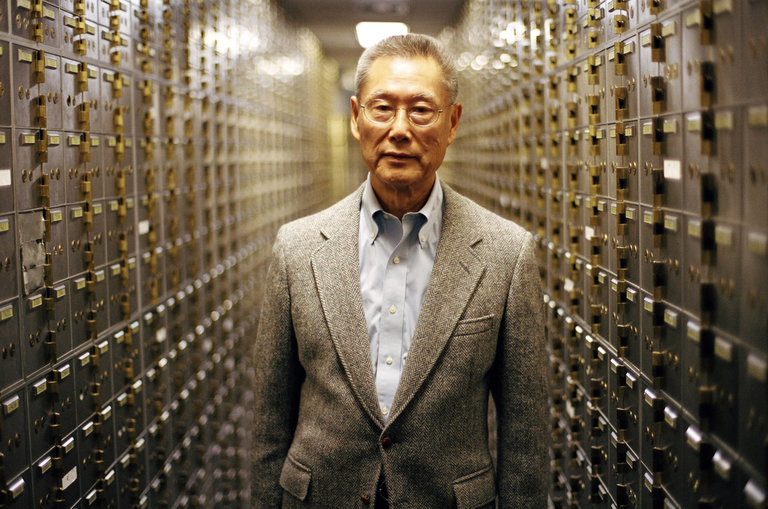 Abacus: Small Enough to Jail was directed by Steve James and was released on July 7th 2017. The film has one nomination.

Acclaimed documentarian Steve James of Hoop Dreams, Life, Itself and The Interrupters gets his second nomination for telling the story of the only bank in America that was brought to court over the 2008 financial crisis. The small locally owned and operated Chinese-American bank that focused on lending money to those that no other bank would give credit to, had a few employees pocketing money and falsifying documents. When the Sung family that owned the bank reported those employees and fired them, the DA put them in the cross hairs of an investigation for systemic fraud. The film doesn’t innovate the format much, but the riveting tale of the 2651st largest bank in America being the only target for prosecution is stunning to witness the flaws in the legal system. This category is especially tough this year with Icarus and Faces Places being other high profile docs, but maybe James gets the win for being overlooked for so long.

Loving Vincent was directed by Dorota Kobiela and Hugh Welchman and was released on September 22nd 2017. The film has one nomination.

Loving Vincent is the reason why the Best Animated Feature category exists, not so Disney or Dreamworks can put out a mediocre animated film so parents have a reason to take their kids to the movies and collect awards for zany voice over performances. Loving Vincent pushes forward the medium of animation in breath taking fashion. This movie was hand painted using oil based paints on canvas to recreate Vincent van Gogh’s exact style. Using real people in van Gogh’s life and real locations based on both his actual paintings, sketches and diaries we get an to see the world the way one of the greatest artists ever saw it. With some nice subtle voice acting and a story that has a tight run time we get a picture that is part mystery and part historical drama. Loving Vincent deserves to win this award especially over the likes of Ferdinand and Boss Baby but this category is Coco’s to lose, and if they lose I’m sure the Academy will just not hand the award out. Kong: Skull Island was directed by Jordan Vogt-Roberts and was released on March 10th 2017. The film has one nomination.

This reboot of King Kong comes on the heels of the remake of Godzilla, which put the two films in the same universe as every producer is trying to capture the magic of the Marvel Cinematic Universe. This film seems to take the spirit of the original 1933 film that is cloaked in so much mystery and excitement and expanded upon it. There are new creatures in every crevasse of Skull Island that Kong rules over, from the terrifying Skullcrawlers that try to kill Kong, to a Mother Longlegs that blends in with the bamboo trees to a Spore Mantis that looks like a giant stick bug that shows fear and tenderness. All the creatures have unique looks and designs that have never been seen before, but it all culminates with Kong, who is he didn’t look convincing would have cratered the whole movie. It is a beautiful, scary film that is a wild ride. Unfortunately it is up against tough competitions with Blade Runner 2049 and another monkey movie in War for the Planet of the Apes and will most likely lose.