Every Tuesday there will be an Oscar Primer going over the chances that nominated films have of winning their respective categories. Best Picture nominated films will be dissected on Contra Zoom, while the remaining ones will be discussed here. Last week I talked about Mudbound, Abacus: Small Enough to Jail, Loving Vincent and Kong: Skull Island. This week I will go over I, Tonya, The Boss Baby, Molly’s Game and Marshall. 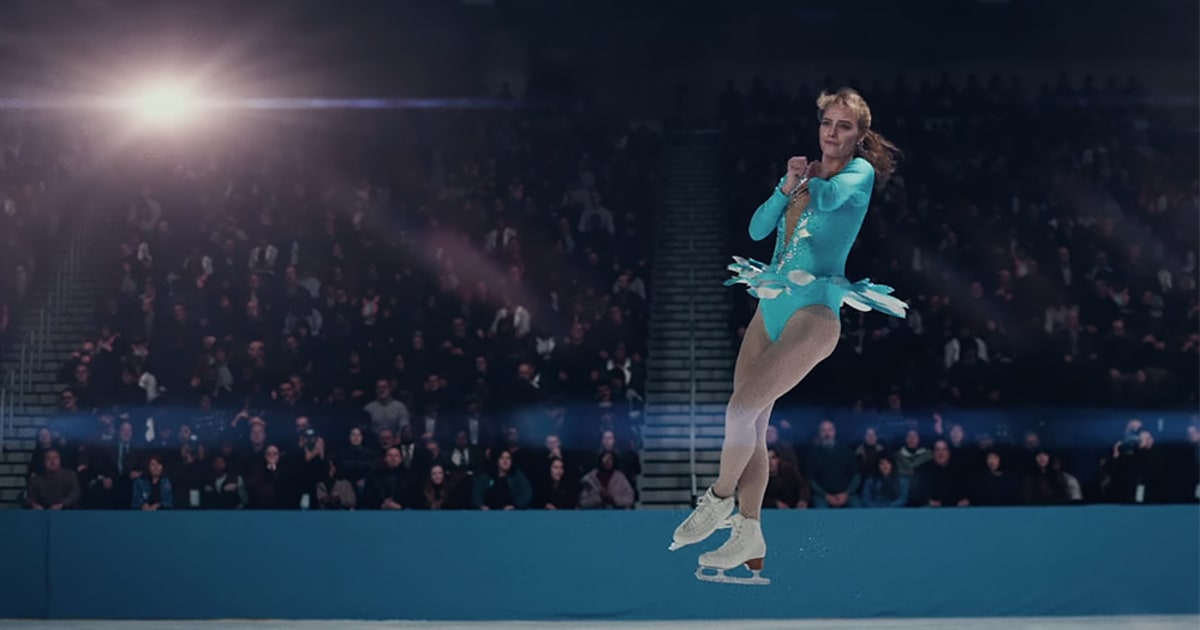 I, Tonya was directed by Craig Gillespie and was released on January 19th 2018. The film has three nominations.

Busting onto the scene in Wolf of Wall Street a few years back Robbie looked like the actress to watch, but after several question follow up films she seemed to have lost some of her luster. Starring as disgraced figure skater Tanya Harding seemed like the perfect vehicle for her to star (and produce). The film starts off with a warning that while the plot is completely true it is only true in the sense that it comes directly from interviews and archival footage, not necessarily true when it comes to facts. With this warning in place we have what is essentially UnReliable Narrators: The Movie. Harding tells a story one way, it is contradicted by her mother and contradicted yet again by her ex-husband (Allison Janney and Sebastian Stan respectively). Robbie manages to nail the redneck with aspirations and makes you wonder if maybe, just maybe the media made her look far worse than she really was just because she grew up poor and with a hick accent. In a movie with shocking violence, biting dialogue, and scene stealing performances from the two aforementioned actors and a breakthrough performance from Paul Walter Hauser as Shawn the “body guard”, Robbie shines through brightly. Her nomination is certainly well deserved and if Frances McDormand doesn’t win for Three Billboards Outside Ebbing, Missouri, Robbie can snatch away the gold medal.

By this time we know what Allison Janney is capable of, starting with her turn in The West Wing and later on in Juno and The Help, she can chew scenery, switch on a dime from matronly to cutting you open with a glance and curse you out better than drill sergeant. Her role as Harding’s mother is pure evil but you can’t help but want to win her approval yourself. The video interview scenes with her little bird on her shoulder are dynamite for the stares of death she gives that thing once it start nibbling her ear. Janney is long overdue to be nominated and looks to be the front-runner, along with another TV stalwart in Laurie Metcalf (for Lady Bird) to win.

The film employs some pretty unique and fascinating editing styles. With archivel interview footage from the mother and body guard characters in a boxed in VHS ratio, to the low quality camera footage of the interviews from Tanya and her ex-husband, but most interestingly was the crime thriller editing employed in the infamous knee scene and the way the skating was pieced together. This film is breathtakingly exciting at times and despite all the top-notch acting and screenplay, the editing might be the best part of this movie. Unfortunately editing is one of the toughest categories to win, it normally goes to the Best Picture winner, which means Dunkirk, The Shape of Water and Three Billboards all look like favourites, but also up against Baby Driver, which might be one of the most innovatively edited films of the year. 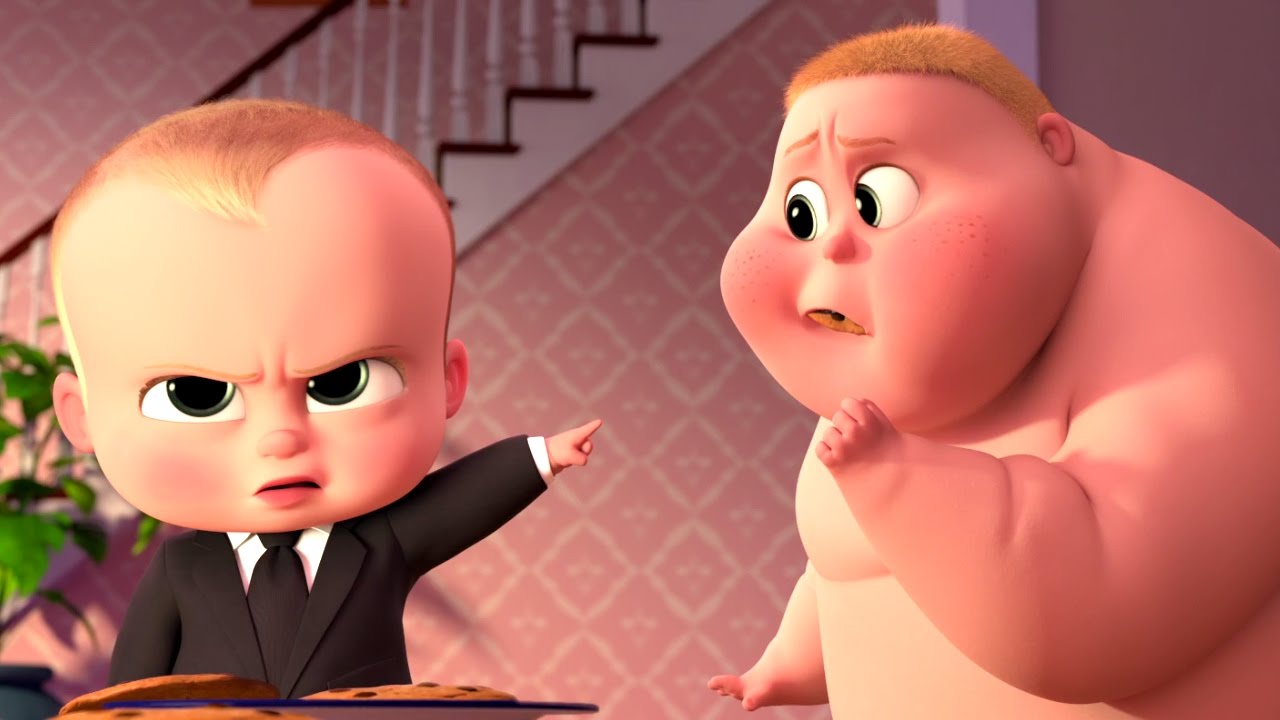 The Boss Baby was directed by Tom McGrath and was released on March 31st 2017. The film has one nomination.

Part of the animation world’s job is to provide family friendly entertainment that will both keep kids quiet for 90 minutes and not bore their parents to death. About half a dozen of these films are churned out every year, allowing their meh animation and somewhat decent voice acting budget a chance to turn a profit without caring or marketing itself to a wider audience. Unfortunately due to a lack of great American made animated films this year (meaning overall quantity not quality), and an Academy membership that is almost entirely American, you get not one but two undeserving spots in this category clogged up by stinkers. The last three year’s we have actually seen all five nominees being groundbreaking pieces of art, all of which are deserving of praise showing why Best Animated Feature is probably the most interesting category. Instead we get The Boss Baby, similar to The Croods, Despicable Me 2, Kung Fu Panda 2, Puss and Boots among others that make a mockery of the category. Sure I laughed a few times watching this film, but what I couldn’t understand was what kids would like about this fairly adult centric plot and what adults will like in an annoying kid lead film all mixed with scene after scene ripping off other famous films. It just made me want to get blasted up into space with that puppy rocket and jump out once high enough. Sadly this film will probably come in second place in voting, but thankfully Coco is so damn good it doesn’t matter what it would be up against. This category needs more films like Loving Vincent and The Breadwinner from this year along with My Life as a Zucchini, The Red Turtle, The Tale of the Princess Kaguya and Ernest et Celestine of past years. Molly’s Game was directed by Aaron Sorkin and was released on January 5th 2018. The film has one nomination.

Sorkin, for all his great screenplays has only actually been nominated three times (The Social Network and Moneyball the others) despite his high profile. His work is unmistakable especially in this film, characters talk over one another, there are creative uses of curse words, everyone is always the smartest person in the room, and someone gets a verbal smack down so hard they wish they had been physically beat up instead. Sure the female lead that loves power over powerful men needs to be saved by a few men is pretty weak plotting but Jessica Chastain and Idris Elba work wonders with the words they are given to say. In a pretty weak Adapted Screenplay category, Molly’s Game could actually be a runner up to Call Me By Your Name and its assured victory.

Marshall was directed by Reginald Hudlin and was released on October 13th 2017. The film has one nomination.

Putting aside that a movie about the first black Supreme Court Justice is more about a white Jewish lawyer who doesn’t want to be helping Thurgood Marshall (which is absolutely criminal and should be tried at the Supreme Court) because that doesn’t really matter for the purposes of this Primer. The only thing that matters is the song, which is performed by Andra Day (who has a bit part a night club singer too) and Common. The song follows in the footsteps of “Glory” from 2015’s Selma (also written and performed by Common) as a black empowerment anthem reminding listeners that what happened years ago is still happening today even if influential civil rights leaders like MLK Jr and Marshall helped make things better for future generations. Surprisingly this years crop of songs are all pretty great and vary the template of styles. You have a traditional show tunes number, a song inspired by Mexican culture, a tender acoustic love ballad, a personal piano driving anthem and an RnB inspiring number. It will most likely come down to “Stand Up For Something” and “This Is Me” but it is too up in the air to really call.