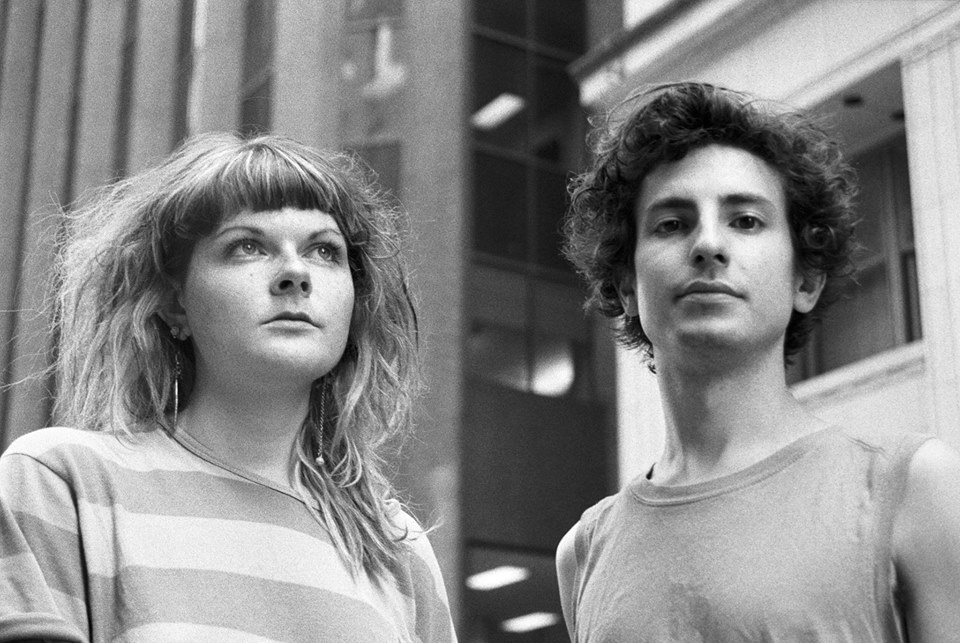 Seeing Moon King perform at the Drake Underground was a homecoming on many levels. After playing 103 shows in 2013, the band played for the final time this year and of their current tour. They had a love fest at a venue many local bands get their start at.

Sexy Merlin aka Sean Dunal opened the show at 9pm in the recently renovated basement venue. He was performing what could be described as a sexy, dancehall meets deep house act. He rocked a one-man band set up, surrounding himself with a live drum kit, e-drums, keys, snyths and a looping machine. He had the limited crowd shaking around to his rolling and clapping drumbeats and sparse vocals. His act would work perfectly in a dark sweaty nightclub packed with people aching to dance the blues away.

HSY (pronounced Hussy) came on second at 10pm and they sounded like Metz and Gwar had a baby. Unfortunately it ruined the dance party theme. The slowly growing crowd nodding along approvingly and at the end of every song a loud cheer came out, but people weren’t dancing. The drum and bass sounding like a rolling train that keep on chugging along for two-minute increments as each song was such a short burst of energy. The guitars had far too much reverb and distortion going for them and they still seemed to be playing two chords per song. The vocals would alternate between growls and yelps. If this were a different concert this would all be a compliment.

Moon King came on shortly after 11pm and even though Daniel Benjamin seems like a meek and shy guy he commands the stage right away and the audience follows his lead. Way back in the day when Daniel Benjamin and guitarist/vocalist Maddy Wilde, the two main members of Moon King, were in a band called Spiral Beach with Daniel’s brother Doldrums (Ayrick Woodhead) and Austra’s bassist Dorian Wolf, I would come to The Drake Underground for Elvis Monday’s (they would have an all ages show with a dinner buffet beforehand for like $5) several times a year. It was a homecoming for both of us I suppose.

They started out their set with some slow burning freak out jams, which showed off the fact that Moon King probably has the tightest backing band touring today. Sean Dunal pulled double duty on the night played drums, Steven Foster on rhythm guitar and Ewan Kay on the keys and synths all know when less is more and when to rip the roof off. Benjamin and Wilde’s falsetto harmonies work perfectly together cooing and aweing the heart tugging lyrics. When trying to describe what Moon King sounds like you are at a loss of words, which is ironic since they sound like everything. If you took all the best elements of every pop/rock/dance/electronic act since the 1980’s and mashed them all together you start to understand their sound a bit.

Playing songs off their technically two releases, Obsession I and II (they have since issued it as one full album), including Only Child and Film/TV Ad Exec, the crowd thrashed around stared on as Benjamin climbed the bass drum and crowded surfed all while never missing a note. He also has the best microphone dance moves this side of Freddie Mercury.  They ended the show claiming after a crazy year of touring (which included four shows at this year’s NXNE) they needed to come back home because he was “worried Toronto forgot about us!” The plan is in the new year to go off into the woods and record a new album. They previewed two songs, which are even more polished sounding than their older material if that is even possible. This is a band dying to break out and be huge as their production values are already crazy high (I guess it comes from hanging out with Doldrums, Grimes and Sleigh Bells so much) and they reek of having a potential radio hit at any moment.

They came out for an encore after a very brief time off stage, as the crowd wouldn’t have them slow down their dance high. They left it all out on the stage and rocked with a great deal of passion. As they finished they thanked the Drake Underground for supporting them from the beginning and that it was a fitting venue to end such a big year on. Here’s hoping their momentum doesn’t slow down any time soon.