15. The Wolf of Wall Street

“It’s all… fairy dust”. I believe that was the line mentioned by Jordan Belfort’s superior at his first job on wall street; That is before he became the maverick that turned stock work into both a party and a life changing session. With some fairy dust, the confusing and boring worlds of the stock market are turned into an exhilarating ride of drugs, sex and festivities. With some magic, DiCaprio, Hill, Robbie, DuJardin, Chandler and Reiner turn in memorable performances that satirize every kind of career and worker found in the film ranging from cops to socialites. With a pace as out of control as Belfort himself, The Wolf of Wall Street zooms through three hours effortlessly. The repetitive breaking of the fourth wall creates an intimacy beween us and Belfort, as if he is selling the movie to us. Was the entire movie just a sales ploy? Were we suckered into thinking his life was much more exciting than it actually was? Oh well. It’s a hilarious tale, a shocking fable, and the actual Great Gatsby movie that DiCaprio starred in this year (where one’s perseverance to make it big made him too big).

Take a veteran actor. Put him in a leaking boat. Have him be (pretty much) the only character in the entire film. Have him say barely anything. All is Lost is the name of the movie, but it isn’t because all of what makes a movie good is missing. In fact, it is proof that you can still take the breath away from an entire audience while being as minimalist as you can be. All you need, in the end, are a good story, a fluid development of character and of plot, and passion. Robert Redford is isolated and does all of his own stunts at almost eighty years old. A nerve wracking story is told just by an unnamed man’s reactions to a sudden emergency that threatens his own life. There isn’t any backstory, nor is there any padding. There is only human survival. Immediately the film can be converted to fit any kin of situation; Perhaps a situation you yourself are facing. Why not add your name to the sole character? If this stranger can beat the odds, so can you. Nothing is lost from such a risky and courageous tale that will most likely make you strive to defeat any challenges in your life except for, perhaps (and hopefully), doubt. 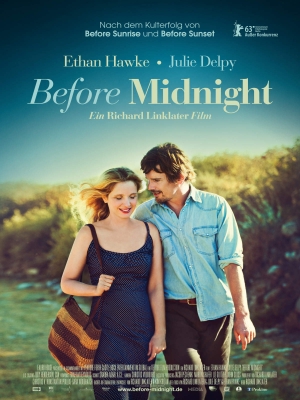 A sequel being good when one is not originally intended is a rarity. The Lord of the Rings trilogy was meant to be a trilogy from the get go and thus the films work as one cohesive piece. Having said that, a third installment that, too, was not a part of the original plan is nearly impossible to make good (see Godfather I and II, which meant to be together, and the trouble child Godfather III). The only exception of this rule is the Toy Story trilogy. Wait. I can’t say that anymore. Before Midnight has broken out of the trilogy jail and has made a successful breakthrough itself. Before Sunrise, Before Sunset and, now, Before Midnight are a trilogy of hyper realistic films about one of the best cinematic couples to ever be burned onto celluloid: Jesse (Ethan Hawke) and Céline (Julie Delpy). We see yet another day in the lives of these inseparable people with witty (yet believable) dialogue and pure emotions. Without resorting to cliches and being in complete control of director Richard Linklater, Hawke and Delpy, Before Midnight is a film that beat the odds and has elevated this trilogy, making it one of the best cinematic trilogies. 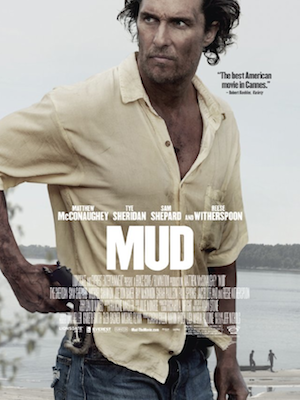 When one’s name is mud, you can only expect trouble. Jeff Nichols’ latest triumph is yet another cautionary tale from the south. This time around, two young boys bump into an outcast that is hiding from the world. With family problems at home, Ellis sees many similar events in his own life when he meets Mud. There’s the discovery of love, the fear of loss, and the severity of life. This existential folk tale questions what it really means to live not just with the man in hiding but the main residents on the riverbed as well. Can life exist off of the river bed? Can life exist just in the wilderness as well? According to this movie, the answers are yes and yes. However, this movie shows that one cannot live solely alone, as we need support and compassion. This slow burning drama ends on a thrilling high note, and you will be on the edge of your seat the entire time the fuse is alit.

“Some of this actually happened”. These are the words you see before the movie even starts. You already know that American Hustle is a bit of a cheeky fucker. That’s how it is the entire movie, though. With laugh after laugh and dare after dare, you will find yourself in a whirlwind of hyperbolized chaos before it’s too late. You’ll be surrounded by obnoxious hairstyles, the thickest of accents (real and fake), and the kind of drama you’d find on a reality show. That’s when the movie sneaks and meanders around you. While you are busy being amused, the raw brains and talent of the film will pop out of nowhere and will leave you dumfounded. How could you have missed how “this” and “that” were done? Deception. David O. Russell knows just what captivates audiences the most, and how to reward those who challenge themselves to not be tricked by the song of a siren. If you do get conned by this clever and sleek film, you can always watch it again. God knows you’ll want to join this cast of five misfits all over again, regardless of how much of it is real.

Former Film Editor & Music Writer at Live in Limbo. Co-host of the Capsule Podcast. A Greek/South African film enthusiast. He has recently earned a BFA honours degree in Cinema Studies at York University. He is also heavily into music, as he can play a number of instruments and was even in a few bands. He writes about both films and music constantly. You should follow him on Twitter @Andreasbabs.