A New World Of Music Streaming

We love music. Period. The question these days is how can we consume the music we love? CD sales are declining, the vinyl revival is alive and well, but streaming has been the buzz around the world for the last few years. We’ve discussed these issues numerous times on our podcast and today we are finally going to make our decision. We’re going to narrow down and lay foundation in which we share our playlists with the world.

Some of our editors and myself have played around with a handful of the best streaming apps available today. There is the long time veteran with the most number of users, Spotify. The admired Rdio. The Hi-Fi Tidal. And the new comer but not to be underestimated Apple Music. Yes, there are others such as Pandora  and Songza, but those are more “activity” based. We are looking for something similar to an iTunes library but can be streamed from anywhere.

Now right off the bat, from what we’re looking for, you’d say Apple Music is the answer. But it’s not really that simple. We looked at so many different scenarios and criteria to choose where Live in Limbo wanted to share our curated playlists to the world.

Tidal is the first service that we knocked off our list. Their model and philosophy don’t make too much sense to us, or the rest of the music world. Most of their celebrity supporters have hushed down or left completely. They are financially in deep water, and $20 USD a month is pretty steep even for the hi-fi audio files. Which also brings up the fact that one would be burning through their monthly data caps significantly faster.

Next is our old friend Rdio. I personally used this app for the last 3 years. They have a cult following and are highly admired. It has a great UI design. However, they have a much smaller user base than something like Spotify. While there are good options to share content, their playlist widget just shows a mosaic of 4 album covers and randomly plays a track from it. There is no way to see what is actually on the playlist. It’s best feature is its web player. For me, Rdio is in an odd spot. It’s not prestigious as Apple Music, nor does it boast the user based like Spotify to make up for it.

Spotify has by far the largest user base with 75 million and has been around for a very long time. Their CEO Daniel Ek is a significant influential person in the music industry. They also have a huge music catalogue, but despite this, there is the infamous ordeal with Taylor Swift. She pulled her entire catalogue from their library because she did not believe a service with a free tier is healthy for artists. However, Spotify’s sheer number of users, both free and paid, makes a worthwhile investment for any artist or brand to communicate with. Spotify shines in social sharing. You can embed elegant playlists that show all the tracks into a blog post. There is also a very nice web player. Spotify’s “Discovery Weekly” feature also has really nice algorigms that help you find new music tailored to your listening habits.

Everyone knows that I love my Apple products. And yes, I do love Apple Music as well. With all the talks and polls of websites asking their readers if they are continue their subscription to Apple Music once their 3-month trial is over, it was time to make a choice. In my honest opinion, they have the best UI design out of all the streaming apps. They have a vast catalogue that very closely mirrors iTunes. There is power in being a “native app” on your iPhone and Mac. And their biggest draw is Beats1. It’s a 24/7 radio service, that is available for non-paying members as well, hosted by the likes of Zane Lowe, Ebro Darden, Julie Adenuga, and actual artists themselves like Elton John, St. Vincent, and many more. Despite all of these pros, there are some pretty big cons as well.

Out of all of these streaming services, Apple Music lacks in social sharing significantly. They have a feature called Connect, but it’s only currently available to artists and hosts, and even those tools are clunky. There is no option to embed a playlist or track onto a blog post, which is a huge negative for us. There is also no web player. This is a huge problem for many people that work during the day. Many of my friends work at places that have poor IT staff and usually don’t access to the latest version of iTunes to access Apple Music.

Spotify, Rdio, Tidal, and Apple Music all have their own exclusive content and deals with artist and labels. Apple Music wins this with Beats1 and some big artists like Dr. Dre and Drake.

So what do we do now? After our thought process we’ve decided that LiL will be sharing our curated editor’s playlists on Spotify right now. We will personally continue to be playing Apple Music to see if it their social sharing features improve over time. We will give them the benefit of the doubt since they are just 3-months old.

As for now, you can find our playlists on Spotify!

Here is a taste of what you can hear:

Best Songs of 2014 by Andreas Babiolakis:

Happy listening! There is a lot more we have in the works so let us know what you think! 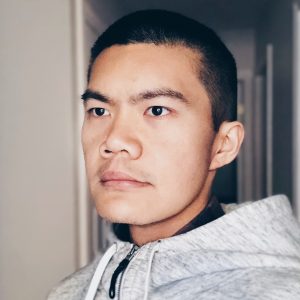