America, On-Line: No One Is Talking About This – Patricia Lockwood 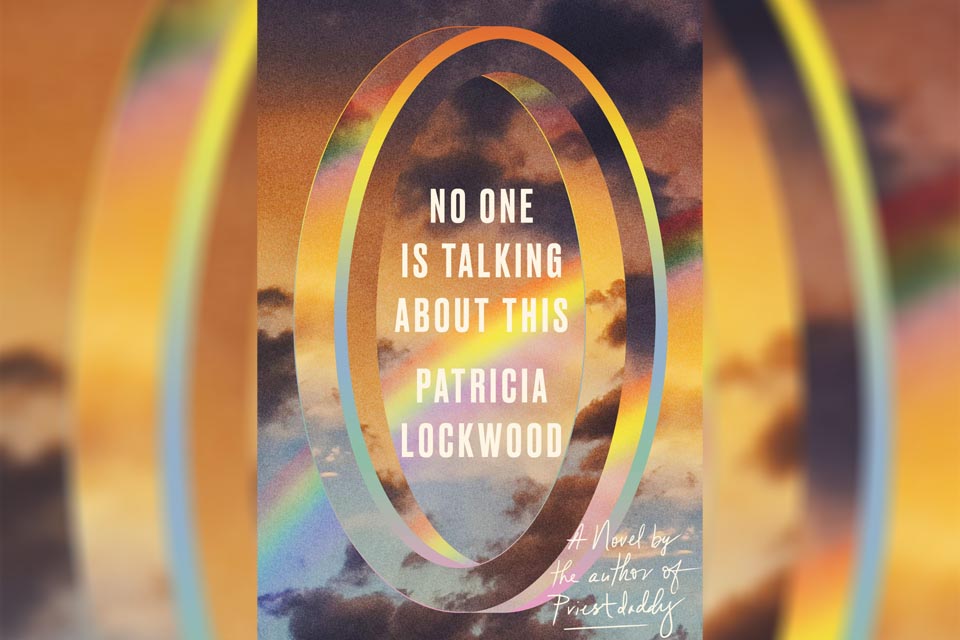 A haunting new novel by Patricia Lockwood, No One Is Talking About This goes deep into themes about the internet, real life, where they bleed into each other and what really matters. It’s a powerful read, one leaving me in tears, and it’s a powerful read about where we spend so much of our time: online.

Okay, let’s start with a premise. There’s online, and there’s online. Being online means being on the internet, but one can only use twitter and be online. The difference is in where your priorities lay: to be online means you follow the discourse, you know the memes and jokes, and it’s when being on the internet is more than a mere hobby. If you know who Dril is, maybe you’re online; if you know what “corn-cobbing” is, you’re online. Follow?

Lockwood’s novel is a paean to being online. It follows an influencer who got famous for a viral tweet (“Can a dog be twins?”) and hobnobs with fellow influencers and travels the world, speaking to crowds of people. She talks about empty platitudes about what it means to be alive and tweeting – a word Lockwood deftly avoids, in favor of “The Portal” – but when she speaks to readers, she’s more insightful and less ironic. But what does it all mean? Not much, as it turns out. There’s a moment where someone confronts her:

“In Bristol the sunset dripped as if from a honeycomb. “This is your contribution to society?” a man asked, holding up a printout of the Can a dog be twins post.

“Yes,” she peeped… but he had already turned away in disgust, tearing the printout in two as he went. Just as well… (pg 22)

It’s hard not to see this moment as when the bubble should burst, when the narrator should realize there’s more to life than being viral… but it’s only the beginning of her journey.

Written in jagged, short bursts of prose, Lockwood’s novel is reminiscent of works like Renata Adler’s Speedboat, both in style and substance. That book too followed an influencer – albeit one in a much different place and time – moving through a media landscape. But when Adler zeroed in on Manhattan, Lockwood’s narrator travels the world, phone in hand, never seeming to take in the beauty of it all. After all, there’s always an ironic joke to be made.

The style is also reflective of social media as a whole, too. The short sentences and paragraphs capture the fleeting experience of reading a thread on twitter, where everything is condensed to the bare essentials and designed for short attention spans, so we can move onto the next thing. And indeed, Lockwood usually does: in a few sentences she’ll go from a speaking engagement to a reflection on if it’s funnier to spell it “sneazing” to an airport lounge.

But, of course, real life gets in the way. While on a speaking tour, she gets a message from her mom and rushes home: her sister’s having a complicated pregnancy and the baby isn’t expected to live. And suddenly it all hits home, that all the finely crafted jokes and crude irony aren’t worth anything compared to someone’s life in the balance. The second half of the book takes readers on a claustrophobic trip through hospital beds and late-night visits to the ICU. It’s fast-paced and moving. By the book’s end, the momentum and intensity has built to a fever pitch and it leaves readers dangling; I’m not too proud to admit I cried when I set the book down.

I have seen criticism of the book in some corners for its depiction of disability. I can see why some readers might chafe at the idea of a difficult pregnancy being used as a narrative device, but I never once had the feeling Lockwood was being exploitive in her depictions. The way her narrator responded felt honest. Perhaps the first time since she became online that she’s able to respond to something honestly.

Throughout No One Is Talking About This, I got the feeling Lockwood was trying to straddle two different ideas. One was about the ways we’ve been changed by the internet, and especially social media, and the other was about how people react when their world is ripped out from under them. But on reflection, maybe the ideas aren’t so far apart after all. We create these spaces online and spend what feels like half our waking hours curating personas for the world to see. But, as Vonnegut put it, we are who we pretend to be. Or as Lockwood puts it:

A person might join a site to look at pictures of her nephew and five years later believe in a flat Earth. (pg 24)

People who are extremely online will recognize events and faces; one example is a guy who goes by Mike. I remember him mostly for a forum we both posted on, but he quickly catapulted to Twitter fame by posting pictures of his balls. Lockwood recounts a conversation with him, and who knows, maybe it actually happened, maybe not. But that’s not exactly the point – the point is about how online has become online; how it’s bled into offline, and about how we all sing along to Toto’s song “Africa” now, well after that song’s heyday. About how a guy who does something his parents would find obscene is now a minor celebrity.

No One Is Talking About This is a powerful, moving and fast-paced book, one that says a lot in a short space about these strange times we live in. And although it’s dated already in some respects – the dictator, as she calls him, has since been deplatformed, itself a punishment that seems to come out of these pages – it’s a compelling and moving read. Strongly recommended.