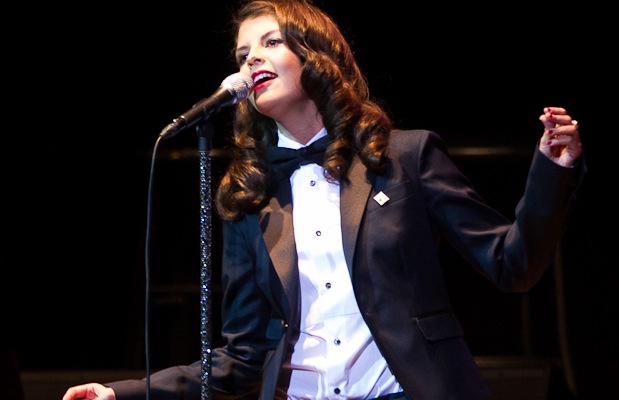 Written by Alex Metcalfe and Photographs by Lee-Ann Wylie

Last night’s Nikki Yanofsky performance at Massey Hall confirmed two things for me. First, that nothing beats a band playing mezzoforte in Massey Hall in terms of sound. Second, that Nikki Yanofsky is much, much more than an Olympic Games sideshow or Etta James tribute novelty.

Nope, Nikky Yanofsky, who just turned 18 this year, has a clear path towards Canadian vocalist infamy. And she’s got the right tools, the right talent to do it, and the right people to help her get there.
As any rising artist should want to do, Nikki got herself on Massey Hall’s stage early on in her career. It’s really the perfect venue for showcasing a vocalist’s talent, even if they’ve got a cold, as Nikki claimed to have had last night. (The only evidence of that cold was Nikki’s bottle of OJ on stage; her voice suffered nought.)

All 5’2″ (my best guess) of Nikki Yanofsky’s took to the Massey Hall stage like she made for the place. She was flanked by an über talented 12-piece band of industry-leading session musicians and vocalists. Band highlights, for me at least, were Nikki’s trio of harmony vocalists comprising of Marla Walters, Michelle Willis and Joanna Mohammed, who added wonderful depth on many of Yanofsky’s tunes throughout the night. Nikki Yanofky’s drummer also stood out for me. Playing tight jazz beats with oodles of feeling on a kit that couldn’t sound any better in Massey Hall, this drummer gave Yanofsky’s songs a gorgeous, solid foundation. I wish I knew who he was! Added flare from her 5-piece horn section – especially the groovy solos from John Challoner on trumpet and Paul Metcalfe on tenor sax – helped animate Yanofsky’s well-known stable of contemporary jazz and blues music, too. The band played seadily at a medium-loud (mezzoforte) volume, but would occasional blast off in to a higher intensity, filling the whole hall with a perfectly balanced mix of rich textures. It was the kind of concert that Massey Hall was made for.

Nikki Yanofsky took this Massey Hall show as a chance to perform some new music from her upcoming album which, as far as I could gleam from the Internet, doesn’t actually have a name yet. Nikki’s newest tunes have a quality of arrangement and texture that suggests the songwriter is heading away from her predominantly jazz standard reputation and gunning for that upper echelon of pop music. The highlight from her first set was an excellent new jazz-inspired pop tune about “sneaking out and having fun.” While the theme may suggest Rebecca Black pop, the song did the polar opposite. The energy from this tune resonated with all of us – even Nikki had to accept the grandeur of the moment by admitting that “that was fun.” Such modesty.

Nikki ended her first set on a note that I take issue with, though. After exploring funk, blues and catchy jazz, she launched in to a set finale that was a 3 minute-long scat solo over high-paced swing. The audience loved it – it was conclusive evidence of her highly-developed vocal chops – but I couldn’t stand it. Nikki, you’re future lies in song writing and well arranged contemporary pop music. you can keep the jazz feeling here and there, but avoid campy, 1930s scat solos where you inadvertently use phoneticisms like “doodee.” We have cool new keyboards that can make similar sounds in the 21st Century, Nikki. Leave scat in the dust and stick to words instead!

To prove the point that Nikki Yanofsky’s next career level is more influenced by good pop music, her second set included a stellar rendition of The Beatle’s “Oh Darlin'” and a new original, “Stevie Wonder-inspired” tune about convincing her friend to blow-off studying with her. That’s right, when Nikki Yanofsky wants her friends to skip out on studying for class to enjoy Montreal on a sunny spring day, she writes them a soul song and then belts it with all her vocal power at Massey Hall. I couldn’t make that up if I tried.

Keep your ears open this year for Nikki Yanofsky’s new album. Based on this breakout performance at Massey Hall – and that’s sayin’ something considering what she’s accomplished already – we’ve got a look to forward to from her as she matures as an artist. The girl’s got pipes – let’s hear what she can create with them! 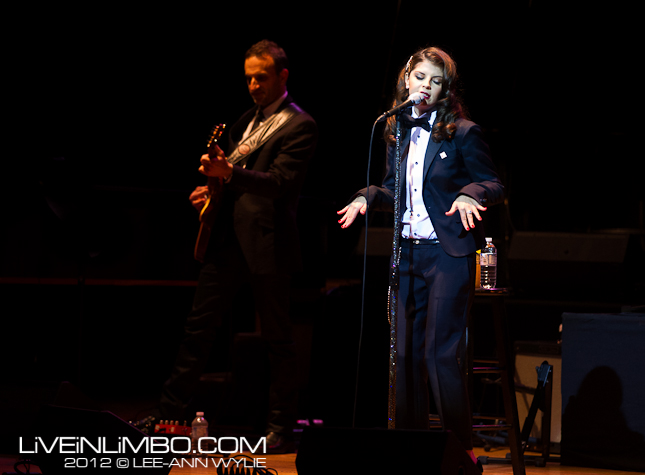 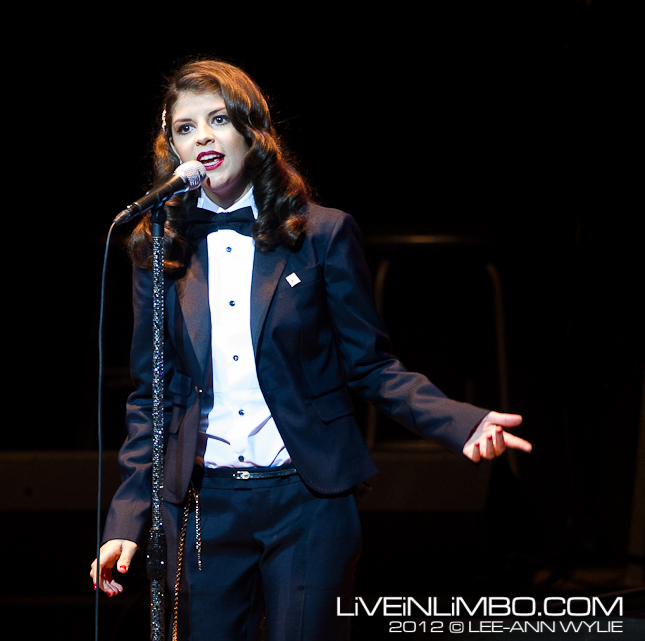 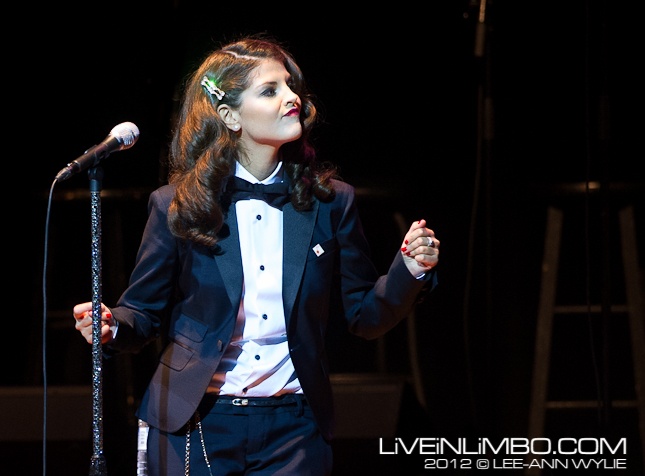 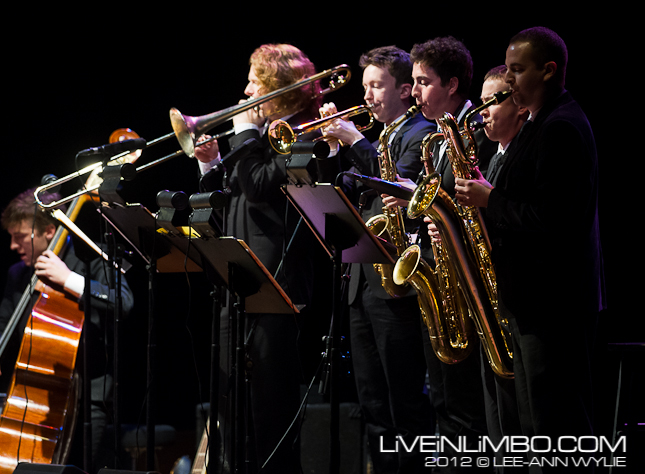 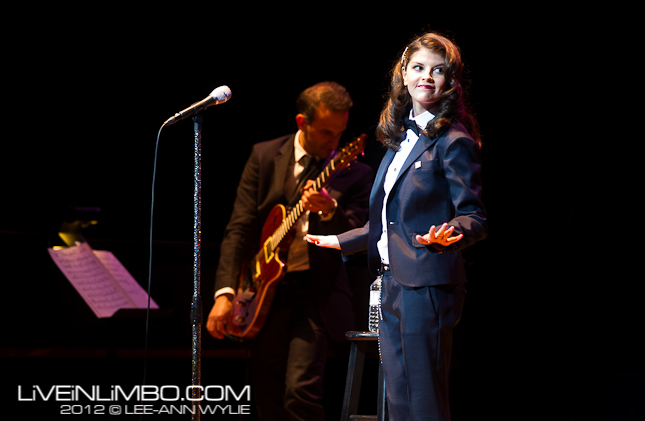 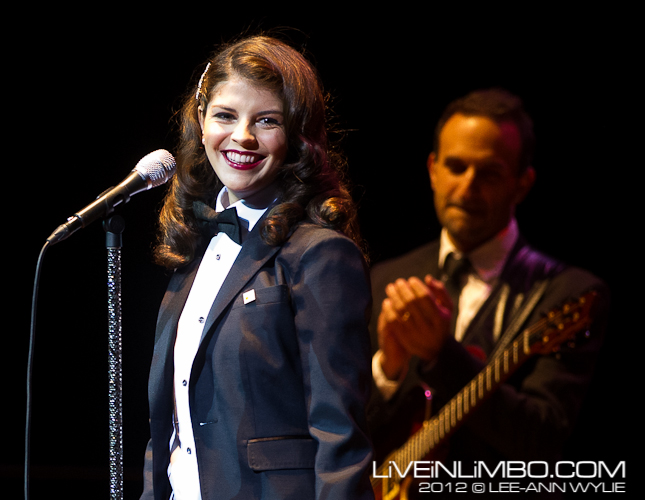 Concert Photojournalist at Live in Limbo.