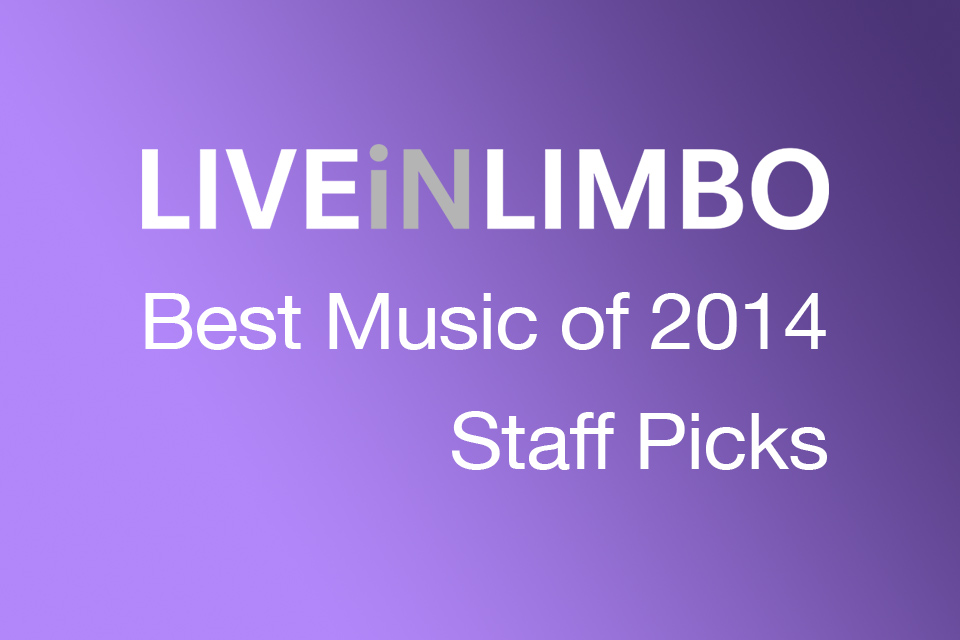 How long have you been with Live in Limbo? A little over two-and-a-half years.

I had known Caribou before from Swim and had seen the band open up for Radiohead on the latter’s King of Limbs tour. I found with Swim, I was returning to only a couple of the tracks. On Our Love, Dan Snaith has pushed out a complete album that’s more than able to maintain my attention span. That’s not to say Swim isn’t excellent – it’s just that Our Love happens to be packed to over-spilling, let-me-put-this-on-repeat-from-start-to-finish brim with such well-constructed songs. Everything on there is so meticulously planned and executed so very, very well. Let’s just give it the 2015 Polaris Prize now, okay?

All hail St. Vincent. I went from not being intimately familiar with her work to just in jaw-dropped awe of Annie Clark’s talent. This was an album that cemented her status as one of the most talented, visionary musicians out there. Cue endless fan-girling.

I debated between this record and TV on the Radio’s excellent Seeds for spot number three, but ultimately had to give it to Spoon. They Want My Soul is an album that fits so easily into their body of work, somehow exceeds its predecessors, and contains some big songs (hello “New York Kiss”) that deserve repeat plays. I’m constantly going back to it on my iPod.

Part of this song’s appeal is inevitably tied up to that heralded Letterman performance – but even without that, it’s a big, ambitious song that will live on in the echelons of great tunes for a long, long time.

I’m a sucker for Brit-rock. This is just a remarkably fun pop track that’s urgent, energetic, and catchy. That chorus is far and away one of my favourites of the year.

The War on Drugs had a fantastic year with the release of Lost In The Dream. “Red Eyes” is such a standout track on an excellent record and offered an easy explanation as to why people were so excited about this band.

Run the Jewels. The duo put out a fantastic sophomore record (Run the Jewels 2); the pair dominated on stage both at NXNE and at a sold-out Danforth show; Killer Mike became such a strong spokesperson follow the Ferguson ruling; and El-P and Killer Mike are two of the nicest, happiest musicians I’ve ever seen – both in their interactions with one another and with their fans. Plus Meow the Jewels? How am I going to say no to Meow the Jewels?

Your favourite new/breakout artist of the year:

Are four-way ties a thing? Probably not, but if so, in no particular order: Thumpers, D.D Dumbo, Ought, and Operators. All impressed me with their exciting, interesting live sets.

How many shows did you go to this year? As of writing this: 257. Hopefully that will get to 260 and then I can sleep forever.

Look, I’ll be the first to admit that based on their musical output, The Strokes haven’t been worth paying attention to for some time. I’ll also happily knock Julian Casablancas down a few notches – his Voidz effort just isn’t worth anyone’s time. But then you see The Strokes play a festival set and you remember why you liked them in the first place. Lots of hits; lots of fans losing their mind in the mid-day sun; and probably the sweatiest mosh-pit I’ve ever been in. It was gross, it was fun, and it was the most New York City thing I’ll ever do. A definite highlight of a stellar Governor’s Ball.

By the time I got to Tattoo, the line to get in for this show was already well down the block – an insane amount of people waiting and hoping to get in to see on of the buzziest bands at NXNE. I was lucky to have a pass (and the patience) to slip in for this show and see Future Islands absolutely live up to all the hype thrown their way.

Mostly because seeing Rufus Wainwright, David Byrne, Boy George, Ezra Koenig, and plenty of other talented musicians sing Broadway love songs to each other doesn’t happen often. BUT IT SHOULD.

It was my first year going to Osheaga in Montreal. I’m not sure why it’s taken me so long (well – actually, I do know: Lollapalooza and OVO Fests), but I’ve clearly been missing out. They had a great lineup, everyone was in good spirits, and the layout of the park itself is so well done. Future August long weekends have now indefinitely been booked, sorry Drake.

The Danforth Music Hall. I spent many nights there this year – about 22 shows worth. It’s an easy venue to get to, has great sightlines and friendly staff, hosts a lot of talented artists (like Caribou, Disclosure, Shad, Elbow, St. Lucia, and Run the Jewels), and it’s usually a lot of fun to shoot at.

What was the biggest music news story you remember from 2014?

The announcement that the Kool Haus would be closing in January 2015. I’ve been to some of my absolute favourite shows there. It was a good mid-sized space and it will leave quite the hole in Toronto venues.

Is there anything else you want to say about music this year?

I don’t think I’ll ever go to as many concerts as I did in 2014. And I am perfectly okay with that.

What artist should/will we all be paying attention to for 2015?

I honestly think Grimes is going to have a big year – especially if she finally manages to push out that long-awaited next album. Seeing her live a couple of times in 2014 certainly proved she’s been hard at work on her presentation, moving from a rather unsure, apologetic artist to an absolute commander of the stage. It bodes well and hopefully makes her one to watch.

Former Music Editor & Concert Photographer at Live in Limbo. Sarah was born in Toronto. She's worked at some places that you've heard of (like NXNE) and some that you haven't. She is an Academy Delegate at the JUNOs (CARAS). You can usually find Sarah at a concert, on Twitter @beets, or on Instagram @sarahrix. She also likes dogs and cheeseburgers.