Basement with Turnstile, Defeater and Colleen Green at The Mod Club 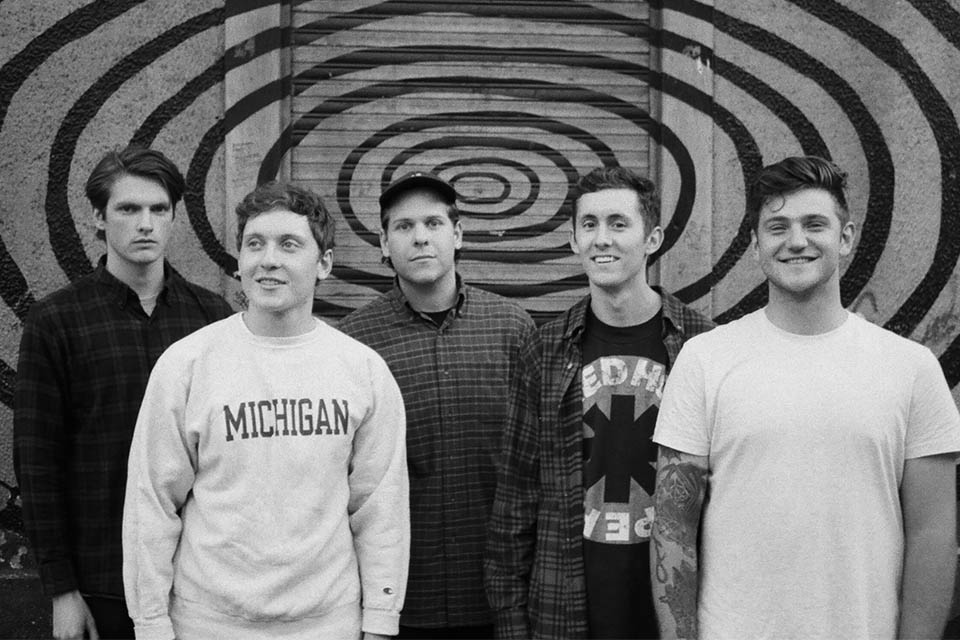 The Co-Headlining Tour, Basement and Turnstile graced Toronto with their presence with supporting acts Colleen Green and Defeater. The bands were set to play a full and sold out show at the MOD club on College Street, Toronto on a rainy Sunday night. That being said, it was a night to remember and I, an impressed and pleased fan, left with heavy PCD (Post-Concert-Depression).

Colleen Green took stage with a small recorded drumming device with pre-programmed vocal harmonies; she opened her set with songs off her newest record, I Want To Grow Up (2015). I wasn’t hooked on her style of playing but she was very different than any other band or artist I’ve seen live before, she didn’t have a band behind her and she produced and wrote everything she played that night. I think I might have to listen to her again.

Defeater was next up. I was shocked when I found out that “I Don’t Mind” a soft- acoustic song I heard as an introduction to them was not what was going to be played that night. The hardcore Boston quintet performed a very intense and fast pacing show. What I found most interesting was Andrew Fisher of Basement, was on bass that night, probably filling in the spot of Defeater’s bassist. Playing songs like “Unanswered” off their senior album, Abandoned (2015), the band picked up the show on a more aggressive note. Personally that was my favorite song of the night; the lyrics were raw and unapologetic. They closed their set with a song off their sophomore album, Empty Days and Sleepless Nights (2011).

Turnstile entered the stage with a performance I will never forget. I had been waiting to see them live for a long time now and I’m happy that I’ve finally gotten to see them. The band opened up with a couple of songs off their previous Ep, Step 2 Rhythm (2013). The lead singer put on a great stage performance, never standing still; he jumped from each side of the stage and directed the audience to keep moving. It felt like a work out but a cathartic workout. The crowd got very rough to the point where I was a bit scared for my safety. I remember moving to the back of the room to get a bit of room for myself, I caught myself looking around the room. It was nice to watch the dynamic of the audience; some people were screaming and jumping, and others in the mosh pit getting very aggressive and others unbothered. At one point I saw my former teaching assistant crowd surf into the crowd. The band ended their set with “Blue By You” my personal favorite song, off their newest Ep, Nonstop Feeling (2015).

Finally, as my heart raced when I saw them take stage was Basement. I saw Basement last year, when they supported The Story So Far on their 2015 North American Fall Tour. Seeing them again was one of my priorities when they announced that they were coming back to Toronto. They opened up their set with “Whole” from the sophomore album, Colourmeinkindess (2012). What I remember was kind of a blur. I swayed and screamed and I continuously jumped until I couldn’t breathe anymore. They played all immediately my favorite songs, including “AquaSun”, “Brother’s Keeper” and “Promise Everything”, off their newest album, Promise Everything (2016). When the band played their final song, “Covet” they were to leave immediately off stage, but it wasn’t until the screams for an encore that was drowning out the sound of the house music in the venue that brought the band back on stage for their encore performance of a cover song “No Recess” by one of their musical inspirations, Nirvana. Later that night, the UK natives tweeted how they promised not to play any encores during this tour but Toronto had beat them to the punch. They expressed their love for Toronto during their set, and we’re surprised at the love Toronto had shown them since they had only played Toronto twice.

This was one of my favorite shows thus far into the year and it was truly a night to remember. I cannot wait to see them live again. Catch them on the rest of their tour dates in the US, you won’t regret it!

Maryam Said is freelance writer for two music blogs as well as a musician. Big fan of potatoes and Alternative rock. Follow Maryam on twitter : @mmmshadows