Cœur de Pirate with Kroy at The Danforth Music Hall 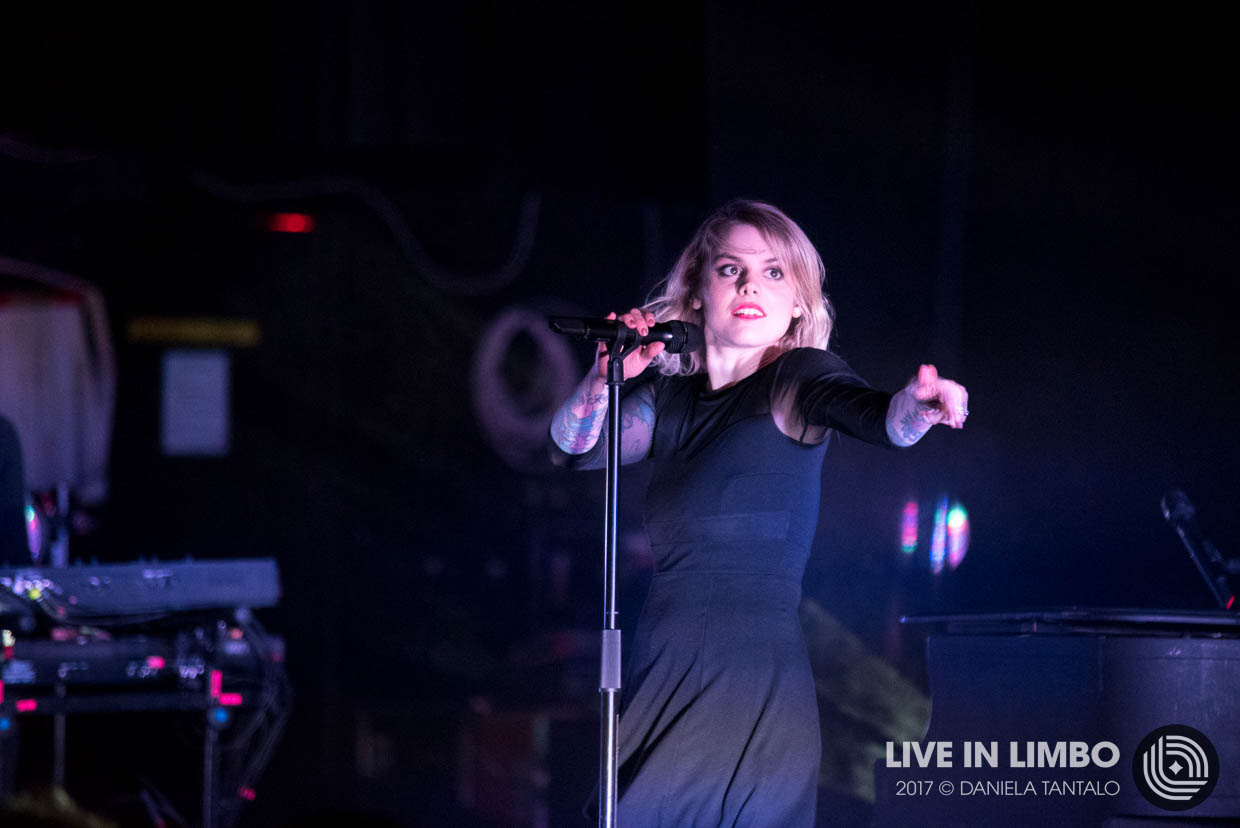 Saturday night’s show at the Danforth Music Hall marked the final stop on Coeur de Pirate’s tour promoting her most recent album, Roses, a bilingual record. She thanked the crowd for selling out the venue, “It’s a big thing for someone who usually sings in French.” It was clear that her Toronto fans love her music, regardless of language.

Coeur de Pirate is the stage name of Montreal singer-songwriter Beatrice Martin who has garnered a loyal following in Quebec, France and increasingly, the English speaking world. She uses her platform to shine a light on newer artists like show opener, Kroy. Kroy is electro-pop artist Camille Poliquin, who didn’t so much warm-up the crowd as invite them into a state of hypnotic reverie.

Coeur de Pirate came to the stage accompanied by 4 musicians, sat at her piano and started the night off with the tune Oceans Brawl. The staging felt like an underwater journey as undulating images in hues of blue danced across sheer panels of black fabric suspended from above. She then rolled into Undone, the newest single. Ducking and weaving through her set list, she sometimes sat at the piano, sometimes stood at the front of the stage. She continually sounded mesmerizing, but when she stepped away from her instrument, she transformed into a performer that captivated with her body as well as her voice. She accentuated songs with sweeping, punchy moves. You could practically see the music inhabit her body. The song Drapeau blanc was particularly gripping, with forceful drums driving the song in a way that could not be ignored.

Coeur de Pirate then played a short set without her band. She started with Francis and then sang I Don’t Want to Break Your Heart, a song inspired by an encounter that took place on a street corner in Toronto. The mini-set ended with a quiet, delicate rendition of Leonard Cohen’s Hallelujah.

Later in the show, Coeur de Pirate noted that life is ever-changing and she lamented the passing of her party girl ways. She then launched into Saint-Laurent which recalled a more carefree time in Montreal, before motherhood shifted her priorities.

The encore was just two songs, but both were worth the wait. First came Comme des enfants, and all the fans in the room were encouraged to sing along. The final song was Carry On, which she opted to sing in English rather than the French version, Oublie-Moi. The room overflowed with love and adoration. The applause went on for quite some time as the band left the stage allowing Coeur de Pirate a few extra moments to soak it all in. Judging by this reception, there will be more, and bigger, shows in Coeur de Pirate’s future.

From folk to pop to punk, Neloufer believes that music matters; that it is almost as vital as oxygen. She also has a deep love of language, et voilà! - music reviewer.